The B&B is situated in Via San Liborio n°11 in the town of Piano di Sorrento, in a side street of Via Mortora-S.Liborio, a road that from the Sorrento Peninsula leads to Positano.

How to reach us

- Coming from Rome, straight after Caserta Sud, in the direction of Naples, follow the sign that shows A3 for Naples-Salerno/Penisola Sorrentina. After about 25 km turn off at Castellammare di Stabia, following the 145 motorway in the direction of Sorrento/Penisola Sorrentina. After Meta, arriving at the sign which reads Piano di Sorrento, follow the road for another 100 mt, turn left and take via (road) Cavone, then follow the signs, and then turn right for via Dei Platani, following the road until you get near the Church of the Assunta, turn left and take the via (road) Mortora-S.Liborio, after about 300 mt turn onto via S.Liborio where after about a 100 mts you will find the B&B Bed and Lemons on the right at number 11.

-Coming from Salerno, take the A3 motorway Salerno-Napoli and come off at Castellammare di Stabia, and then follow the indications as shown above. 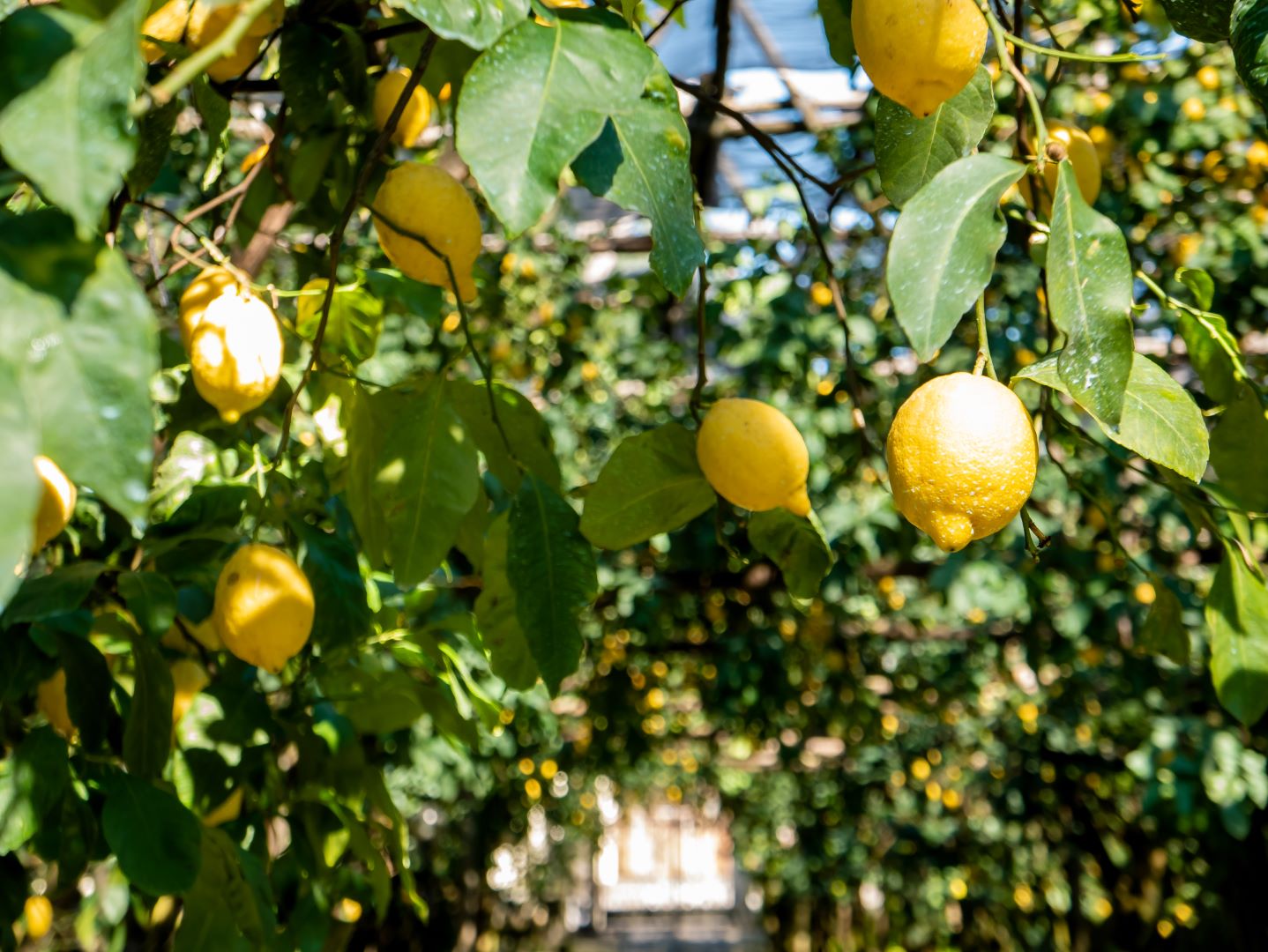 How to reach us!

DIRECTIONS FOR THE LAST 100 METERS!

Dear guests, following your recommendations, we advise against using the navigator near the structure, as we have learned that, in our area, services such as Google Maps, present errors in the indications of the viability of some roads including the ours (Via San Liborio).

As shown in the photo below, it is possible to easily reach the B&B by entering the provincial road via Mortora-S.Liborio on the secondary road "Via San Liborio", as indicated by the arrows and, from there, covering 100m to the entrance gate of our property . If you notice the no-transit sign at the intersection, ignore it, as this is valid after 100m, exactly after our entrance gate which is dark gray and is on your right, at street number 11.

For any problem, before choosing alternative routes, do not hesitate to contact us, because we will be happy to help you. 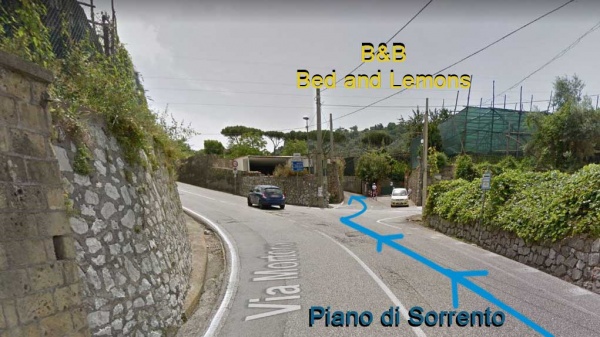 From the central station at Naples-Piazza Garibaldi take the trains of the CIRCUMVESUVIANA for Sorrento, that depart about every 20 minutes and get off at the Piano di Sorrento station.

From the Naples-molo Beverello port take the hydrofoil for Sorrento, which takes about 35 minutes. From Sorrento’s port there are mini-buses which go the Piazza Tasso and then to Piano di Sorrento close to the Church of the Assunta at about 400 mts from the B&B.

The Naples’ Capodichino Airport is about 45 km from the B&B Bed and Lemons.
To get to Piano di Sorrento there are the following choices: